How to Plan your 21st Birthday in 4 Easy Steps Send an invite to all your friends(and maybe their friends too?!)

You gotta get the word out to all your friends about this! Whether by giving an invite in person or by Facebook invite (thank you technology for making this part easier!) or by mass text. A 21st birthday party is no party when no one shows up! Make sure to get those invites with the name of the place, the time, attire, and the amount of fun they got to bring to get the party rocking! If it's a house party, let them bring their own drinks(and 21st birthday gifts) to the party! Sharing is caring, y'know. 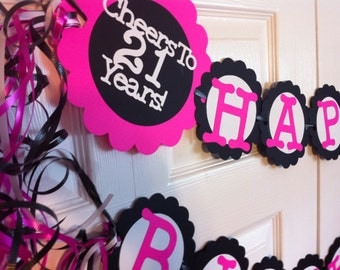 Party on! This step is the easiest!

Plan, invite, prepare, and head out the door! You deserved it, drink up on your 21st birthday and have a blast!